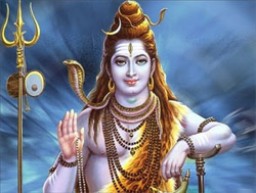 Sri Gurubhyo namah: Rituals make abstract philosophy palatable to earnest aspirants. They are the ridge poles, as it were, of the spiritual roof. If they are pulled down due to ignorance, religion will lose its vitality. Rituals have poetic, aesthetic and sublime elements which make religious functions convivial that men, women and children, pure in body, mind and attire, joyously partake in them. Adi sankara Bhagavadpada, in his scheme of Advaita philosophy, has assigned a Following this tradition, the Sringeri Jagadgurus by their meticulous worship of Ratnagarbha Ganapati, Chandramouleesvara and Shardamba, demonstrate that rituals are nothing but concretised philosophy.  Yagna is the Kamadhenu. Yagna is for your happiness and welfare. Your life depends upon the five elements of nature . By the practice of yagna, the cycle of nature are replenished and enriched. By performing Yagna, you will fulfil your duty to nature. When you do thus, nature will bestow abundance upon you and your life becomes a happy one . But you must repay with feeling of gratitude in the form of yagna.(Geetha Chapter 3&4).  When nature's cycle is broken and the laws violated, nature makes re-adjustments through earthquakes, volcanic eruptions, floods, emergence of newer destructive micro-organisms, social strife etc. That is why the sasthras prescribe performance of 'panchamahayagnas' daily. We are unable to comply with this due to so many reasons. Hence the conduction of the Maha Rudra Yajna as a community event helps one and all to partake and receive the blessings of the almighty.  The Taittiriya Samhita of the Yajur Veda has seven sections (kandas) and Sri Rudram is treasured in the fourth section It is also known asSata Rudriyam as it is in 101 shaakhaas, and also as Rudraopanishad. It is revered as the "Crown Jewel" and the essence of Yajur Veda!  As pouring water at the root of a tree nourishes all the branches, by pleasing Sri Rudra, through Rudra Japa, all Devataas are pleased. One attains bhukti and mukti, enjoyment of life as well as freedom from the ills of the world by chanting Sri Rudram with devotion.  Such is the prowess of the Rudram that the scriptures say that no mis-fortune, illness or such other bad elements can befall a town or village where even one practitioner of Sri Rudram lives and there will only be prosperity, harmony and peace. Sri Rudram hails the presence of the lord in fire, water, in trees and plants and in the entire universe.  Besides leading us to the realisation that Isvara abides in all forms of Jiva, the Rudram also teaches the highest of spiritual teachings that, all the distictions of high,low, bad, good,are at the lower or vyavahaarika level and when one rises to the higher level one transcends the narrow bounds of virtue and vice.  Jivas accumulate demerits in the conduct of samsaara through the non compliance of ones own dharma. They not only not follow what is ordained in the scriptures,but also indulge in acts which are not right. Scriptures prescribe surrender to the lord through the recitation of Sri as the greatest means of overcoming those demerits. Again the Vedas teach the devotee what to ask of the lord in chamakam (11 cantos). Any one reciting the Namakam (Rudram) , Chamakam and Purusha Suktam, is honoured in the Brahma Loka.  Sri Rudram is also known as Namakam because of the abounding namaskaarams (namaha) contained in it, Chamakam is so called on account of the recurrence of the words "chame" meaning "Lord grant me this and this". The first canto of Sri Rudram seeks the grace of Rudra who is angered by those not following His injunctions (dharma) In the second through the nine cantos the devotee bows unto Him as Sarveshvara, Sarvaatma and Sarvaantaryaami, the 300 glorious names of the lord,Rudra trisati,is derived from these eight cantos.  In the tenth canto He is prayed for specific favours. And in the eleventh, the devotee prays to the Rudra Ganas which are His manifestations. Chamakam is placed in the fourth kanda and seventh prapataka of the Yajur Veda. It lists 347 items that are requested from the lord, from food and other material requirements to the highest of spiritual goals.  Mahaanyaasam Before the commencement of the Rudra Japa and abhishekam to the Lord, as a specific mantra, Mahaanyaasam, is recited. The term nyaasa relates to the assignment of various parts of the body (from head to foot) of the recite to different Devas, which is usually accompanied by prayers and corresponding mudras. It is specially to invoke all the divine aspects of Rudra in ones body . There are some variations in the way the Mahaanyaasam is practised even among Krishna Yajur Vedins. What ever the format; this recitation and procedure takes about a hour for an experienced pundit.  Scriptures define several methods of Rudram recitation . They are:

Maha Rudra Yajna It is one of the highest forms of community worship, with the involvement of 121 Ritwiks reciting the Sri Rudra Mantra 11 times, totalling 1,331 times followed by one tenth (133) recitations for the purpose of the homam. When we think of lord shiva invariably we get the image of "Shiv Lingam".In temples, the Linga is portrayed as Lingodbhava Murti with an unending top and bottom signifying the infinitude of the Paramaatman! In this Lingam, the entire universe is personified. If this Lingam is cooled (pleased by devotion) the universe is cooled (filled with peace and love) That is why constant abhisheka to Siva as an expression of our bhakti.  Siva Puja Archana During pujas, several upacaras are offered to the lord. One important component following the abhishekam is archana to the lord. This is performed by reciting the glorious names of the Lord ranging from ashtotra satanaamaavali (108 names- Siva ashtotram, bilva ashtotram) Shashranaama (1000 names), Trisati (300 names) etc.  Rudra Homa : At the end of the Rudra japa, one tenth of the recitation is performed as Rudra Homa. Oblations are offered for each of the 37 riks (of cantos 1,10 and 11) and 130 yajus (of cantos 2 to 9 and the last line of canto 11) of Sri Rudram followed by an oblation for each canto of Chamakam. The total number of Sri Rudram recitations for the purpose of the homam is one tenth of the total number of Sri Rudram recitations 1,331 in the case of Maha Rudram. It is generally accomplished by performing the homam in eleven kundas. Oblations are offered usually with ghee and samits (sacred wood sticks)  Vasordhara : The final part of the homam is the purnaahuti and vasordhara.As mentioned earlier, the chamakam occours as the seventh prapatka of the fourth kanda of the Yajur Veda. This prapataka describes then pouring of ghee into the sacred fire with a wooden ladle made of oudhumbari wood,popularly known as vasordhara. For the purpose of this rite the entire chamakam is considered as one instead of 11 cantos. THe long string of desderata is prayed for in this chant, comprising all the 347 items of chamakam.