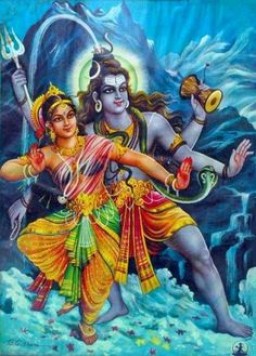 Why Shiva-Shakti Homam?  Very Powerful Homa !! This Homa is meant for invoking the Power and Blessings of Lord Shiva and Devi Chandi together for removing crisis ...removing obstacles on the way of your life. SHIVA-SHAKTI - both are associated to each other ...inseparable ...is the symbol of the unification of Male and Female force together ...the symbol of LIFE ...the symbol of LOVE. This Homam also gives 4 important aspects of Life - Health, Wealth, Peace and Prosperity. This Homam plays a vital role for building up a relation ...a better relation between a Man and a Woman. It keeps and improve a harmony in the marriage It is believed that Homa & Puja of Shiva-Shakti transmit the combination force, energy and blessings to a married couple to build a paradise at their own Home. For an unmarried couple this Homa makes the relationship between each other, much stronger.  Shiva-Shakti Homa is an important homa for removing obstacles and blockages which hinders your success & prosperity, and gives you your desired results. Shiva-Sakti homa removes any continuous problems, disturbances or distress which comes suddenly and then repeatedly and upset everything including mental peace totally. Shiva-Durga or Shiva-Sakti Homa is also very effective to strengthen the relationship between man & woman of married and unmarried couple. This is really very effective to re-build a broken relationship. This Homa is very effective for those persons who still have not found or got a right Life partner or who is getting delayed in marriage. This Homam is also effective to bring back the Lost Love.