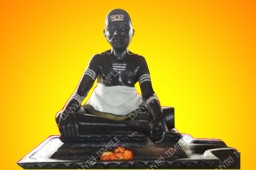 Ramana Maharshi (30 December 1879  14 April 1950) was an Indian sage and jivanmukti. He was born Venkataraman Iyer, in Tiruchuli, Tamil Nadu, South India, and given the name Bhagavan Sri Ramana Maharshi in 1907, by one of his first devotees, Ganapati Muni. This would be the name by which he became more widely known. In 1896, at the age of 16, he became aware that "his real nature was formless, immanent consciousness, "resulting in a state which he later described as enlightenment. Six weeks later he left his family home in Madurai, and journeyed to the holy mountain Arunachala, in Tiruvannamalai, where he would remain for the rest of his life.