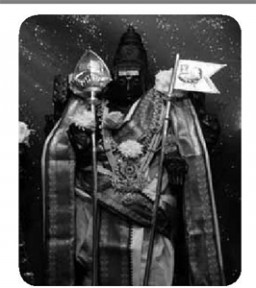 Why Subramania Homa?  Muruga's divine rooster has the ability to destroy negativity and the ward off evil. It is not a very familiar Homa in India, but extremely powerful in nature, and should only be performed by sanctified and qualified priests.  Subramania Homa and the Deity  The Subramania (Rooster) Homa is a very powerful fire ritual done to invoke one of Lord Muruga's powerful mounts (the vehicle), the Rooster. The Subramania Homa is the most powerful way to destroy the negative elements in your life that keep you lethargic, unmotivated and "trapped" in debt, relationships and poor health.  Speciality of Subramania Homa  Muruga has often played a major role in educating the humans about a higher life. He is basically a celestial warrior constantly involved in killing demons that prevent light from entering the earth plane. The flag of his army depicts a rooster. In the war, the demon Surapadma was split into two, and each half was granted a boon by Murugan. The halves thus turned into the peacock (his mount) and the rooster.  Recommended Timings for Subramania Homa  Mars Hora and Shashti Tithis are recommended to perform Subramania Homa.  Mantra for Subramania Homa  "Om Saam Sum Sarvanabavaya Namah"  Benefits of Subramania Homa