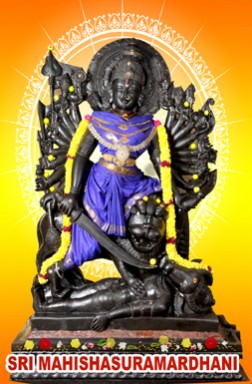 Why Durga Homa?  To get rid of dating/marital related issues, pray to Goddess Durga, who has the power to bless you with a trouble-free life form marital and relationship issues. Conducting Poojas and archanas to her will help invoke her blessings for your trouble-free relationship in the life ahead.  Durga Homa and the Deity  Goddess Durga represents the power of the Supreme Being that preserves moral order and righteousness in the creation. The Sanskrit word Durga means a fort or a place that is protected and thus diﬃcult to reach. Durga, also called Divine Mother, protects mankind from evil and misery by destroying evil forces such as selfishness, jealousy, prejudice, hatred, anger and ego.  Speciality of Durga Homa  Her aggressiveness unchains you from all negative forces. Durga, in Sanskrit means "She who is incomprehensible or diﬃcult to reach". Goddess Durga is a form of Shakti worshiped for her gracious as well as terrifying aspect. Being the Mother of the Universe, she represents the infinite power of the universe and is a symbol of a female dynamism. The manifestation of Goddess Durga is said to emerge from her formless essence and the two are inseparable!  Goddess Durga exists eternally, always abiding in her own sweet nature and inhabits the hearts and minds of her ecstatic devotees. As Shakti power, she shapes, nurtures, and dissolves names and forms, while as subtle spiritual energy called Kundalini, She lights the lotuses of the seven centers of awareness in the sacred human body. Goddess Durga killed a powerful demon and all his great commanders. When demonic forces create imbalance, all the Gods unite becoming one divine force called Shakti or Durga. Recommended Timings for Durga Homa  Shukra or Guru Horas are preferable to perform the Durga Homa. The Rahu Kalam in these Horas is considered to be even more special.  Mantra for Durga Homa  "Om Dum Durge Rakshini Rakshini Namah"  Benefits of Durga Homa


Durga Homa invigorates the lives of: