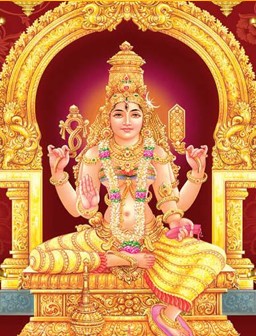 Lord Karthigai Kumaran fulfils desires of devotees in times of duress. Sathru samhara homa provides relief from health problems in an effective manner. Incurable diseases can be cured by performing the homa. It gives strength to those weaklings who shun society for no reason and they can now face it with renewed vigour and courage. It also helps one attain wealth, wisdom and decision making skills. It also allows overall success and ushers in prosperity for everyone.Danvanrti Peedam is performing Sathru Samhara Homam on the most auspicious day of Shashti, the sixth day of the waxing moon and Krithigai, a star famous for invoking the Lord. The homam will be performed with flowers of six colours, six varieties of fruits, and six types of prasadams (religious offering). The yagna is so powerful that destroys negative forces, cures ailments, and removes malefic effects of planet Mars etc.